But why would I want to be away? 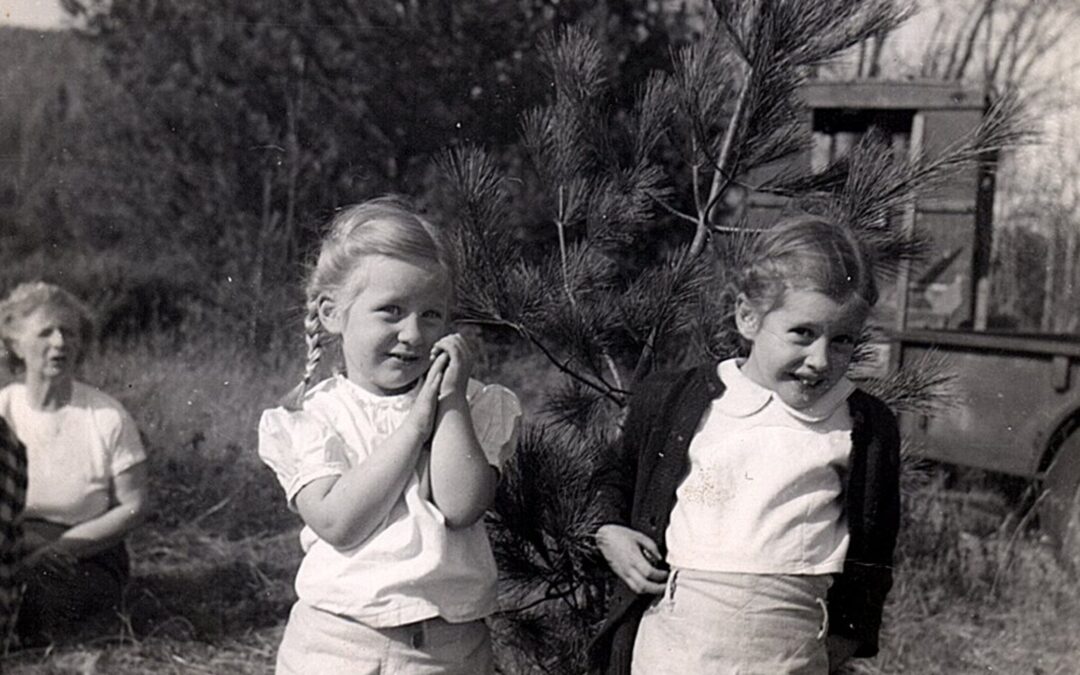 I walked down the long hallway. It was freezing, and it smelled bad. It was the way to the outhouse in the first school I ever went to up in Maine. We lived as far north as you could go before coming to the mountainous forests between Maine and Canada and our town was tiny. The school was a one-room schoolhouse, and it had five grades in it. There was no Kindergarten, and I started there in first grade. No one ever asked to go to the bathroom unless they really had to go. The teacher was wonderful. It was after this time that education decided it was healthy to have schoolrooms with many grades in it and have children taught, partly by each other, older children teaching younger children and sharing the whole learning process, but at that time it was very unusual, and I think at this time, 2020, it’s also unusual.

Because I grew up in Maine in a tiny town, I never got to see many people before I went to school. I had all the people I needed: My mom and dad, my aunt and uncle, who shared a business that was a restaurant, guesthouse, and farm, and I also had my brother and sister there with me at home. I didn’t think I needed anything else, and I rarely got out to socialize or see other children before I went to school. I was the oldest, so I went into the class separate and shaking at the prospect of being left at a school away from my family and the comfort of home. I was a true wallflower. It didn’t take me long before I kept asking to go home and not getting to go home that I developed a habit of saying I didn’t feel well, and sometimes I did get to go home when I did that. My poor parents had quite a project with me. As time went on, I stalled going to school as much as I could, and I would pretend to be sick, and sometimes it worked. 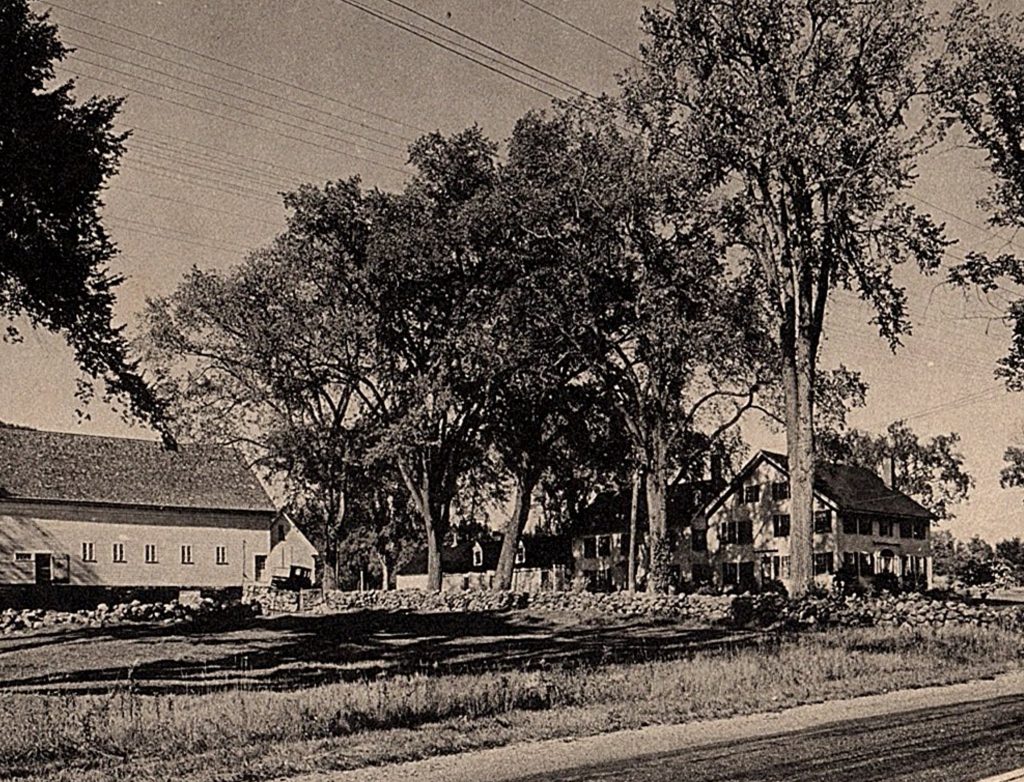 The view of the farm and house from the main road

But why would I want to be away? I had my mom and dad and aunt and uncle there working at home, setting an example. Why should people go away to work? Why shouldn’t I be with them? Why couldn’t I do a creative thing at home? At that time my creative things were of course play. I played with tiny animals. I made fences out of sticks and I pretended to be a horse and I would pound around on my hands and knees for hours. I don’t know how my knees ever survived. But I just didn’t see why I had to go away. And I think this probably stayed with me for my whole life. Because when I got married, I married a farmer and had cows and got to stay home and work with fences and horses. And I also worked on my artwork, and I could do that at home. My uncle had also loved farming, and he had a Guernsey cow and calf that he milked each day and cared for. He loved working with gardens and vegetables and I used to play in his line of broccoli and hide under it and think he didn’t notice me and I would eat the broccoli heads. He was very patient with a pest like me. He also believed in organic farming, one of the early subscribers. 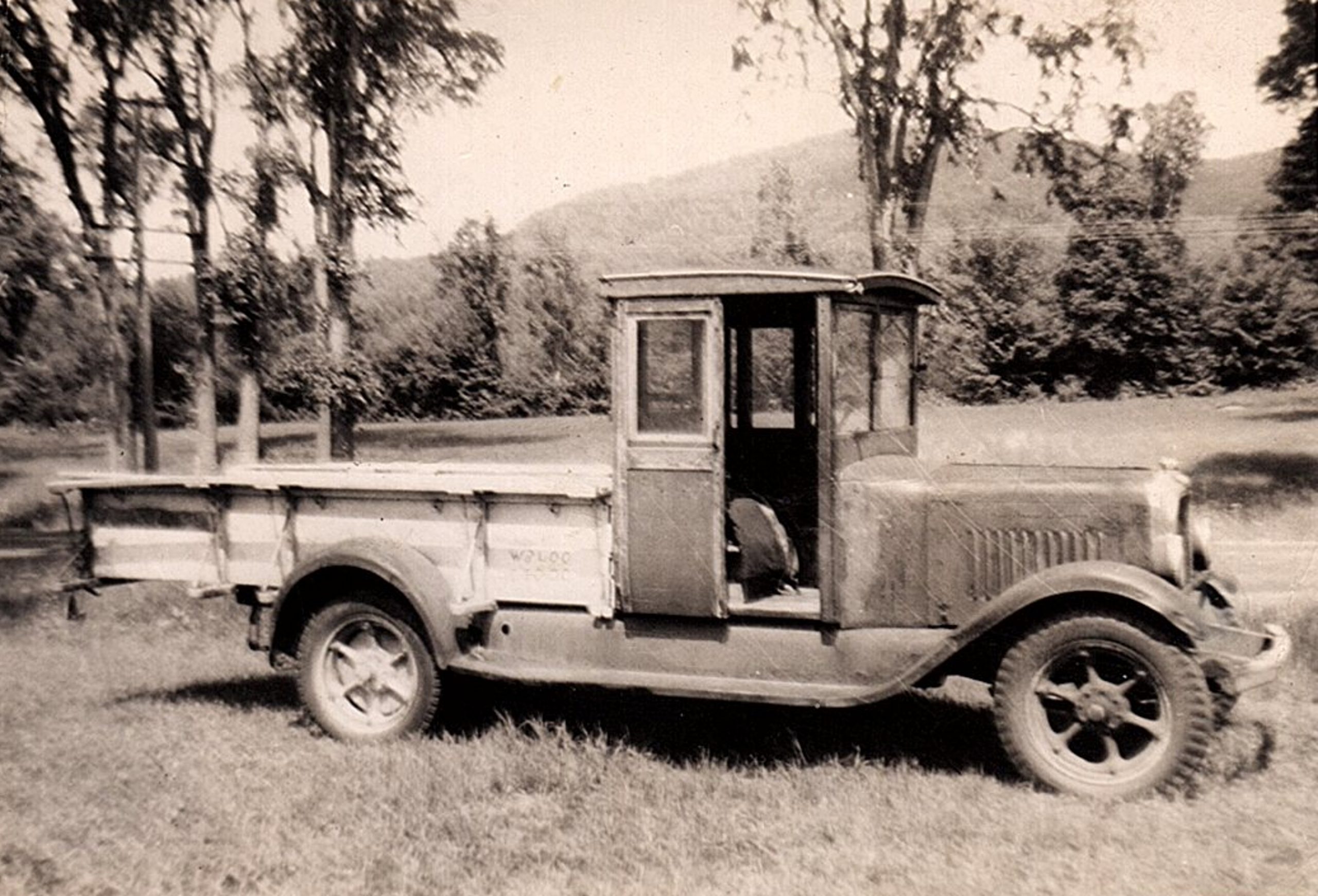 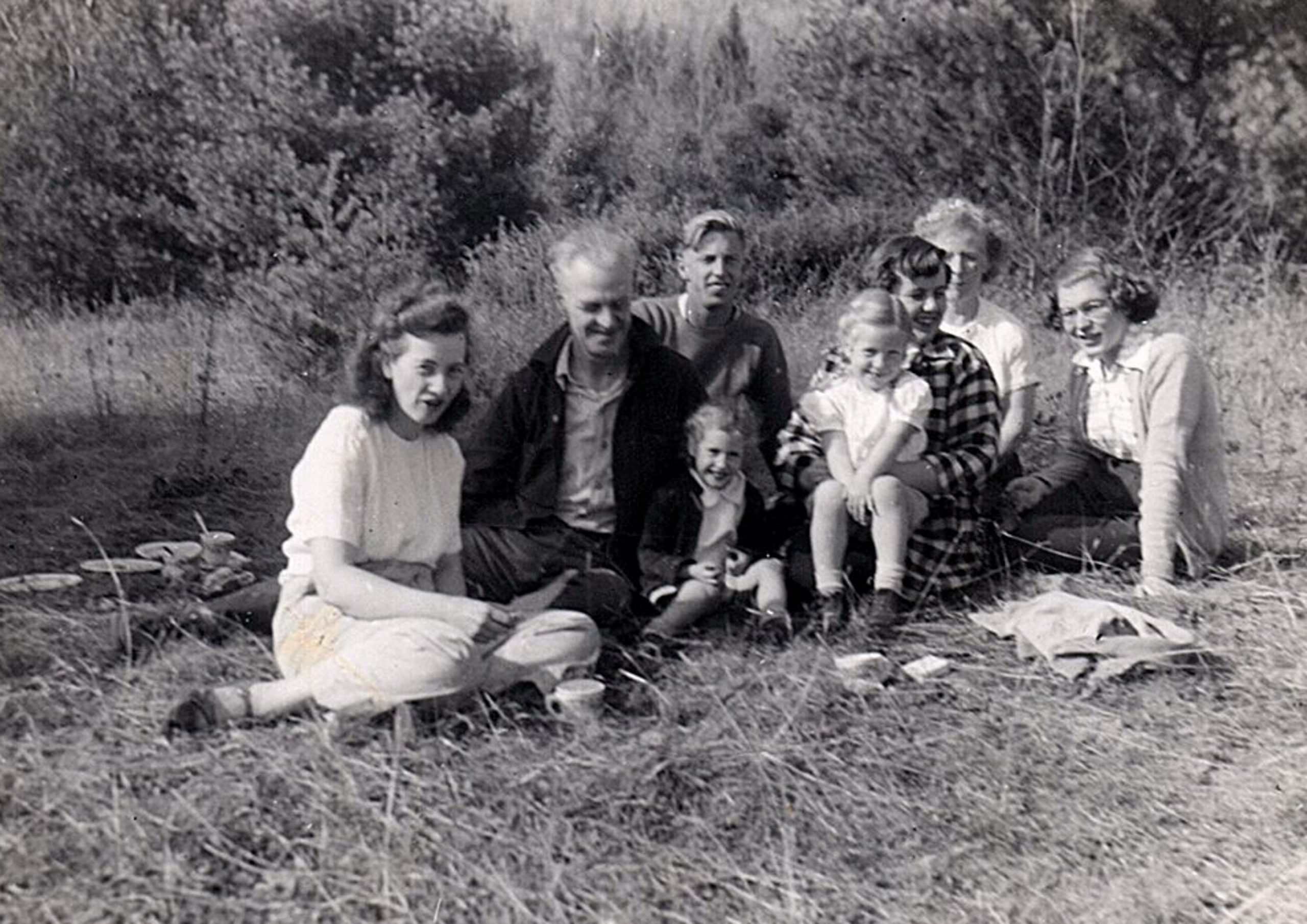 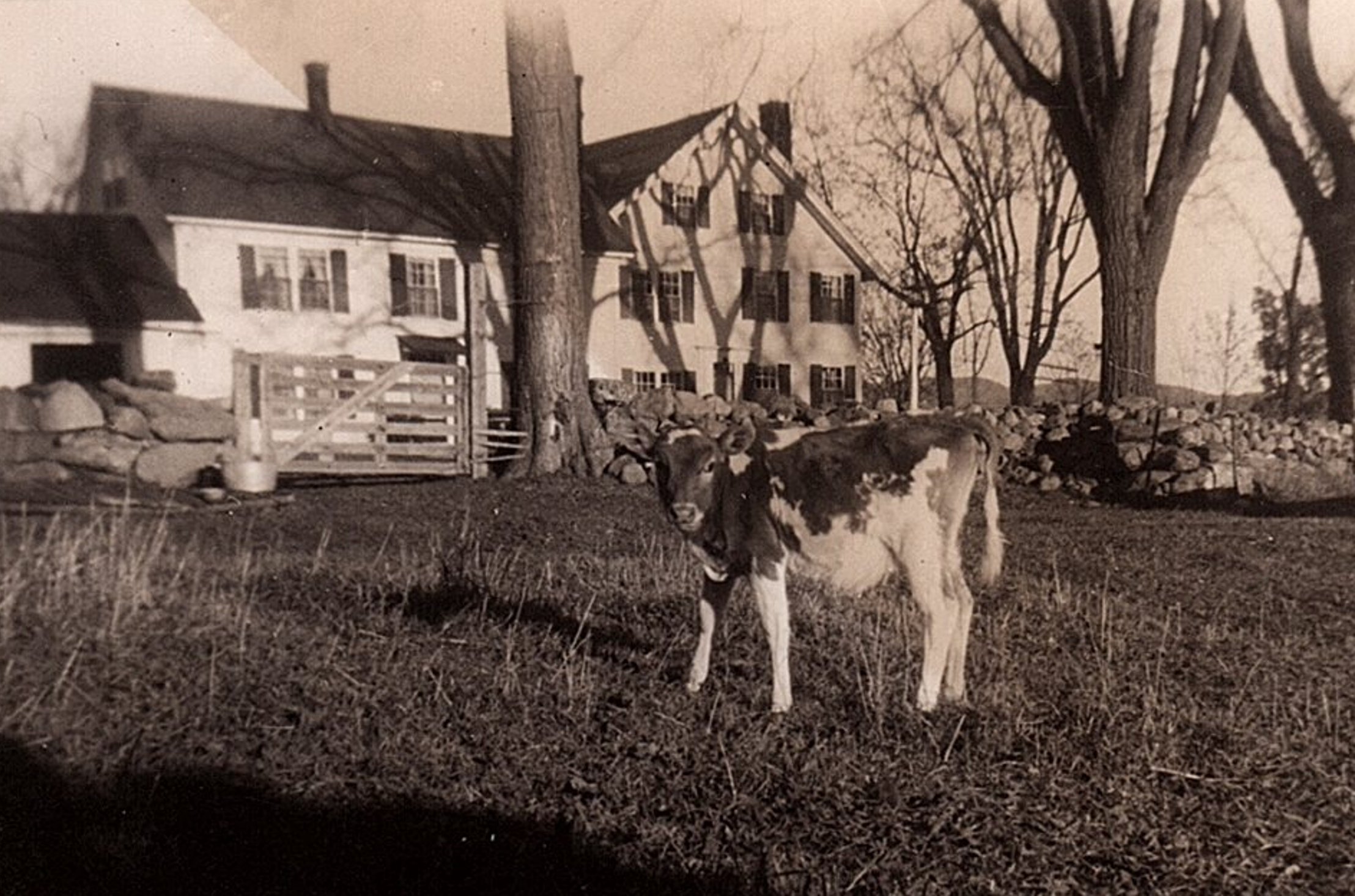 We used to ride around the farm in an ancient truck, even at that time. We called it the Big Bang because of the way it crashed when it went over the smallest bump, but we had lots of fun with it. It carried picnics off into the back of the farm by the blueberry bushes and the whole family would go back with friends to enjoy picnics. We really enjoyed those days. 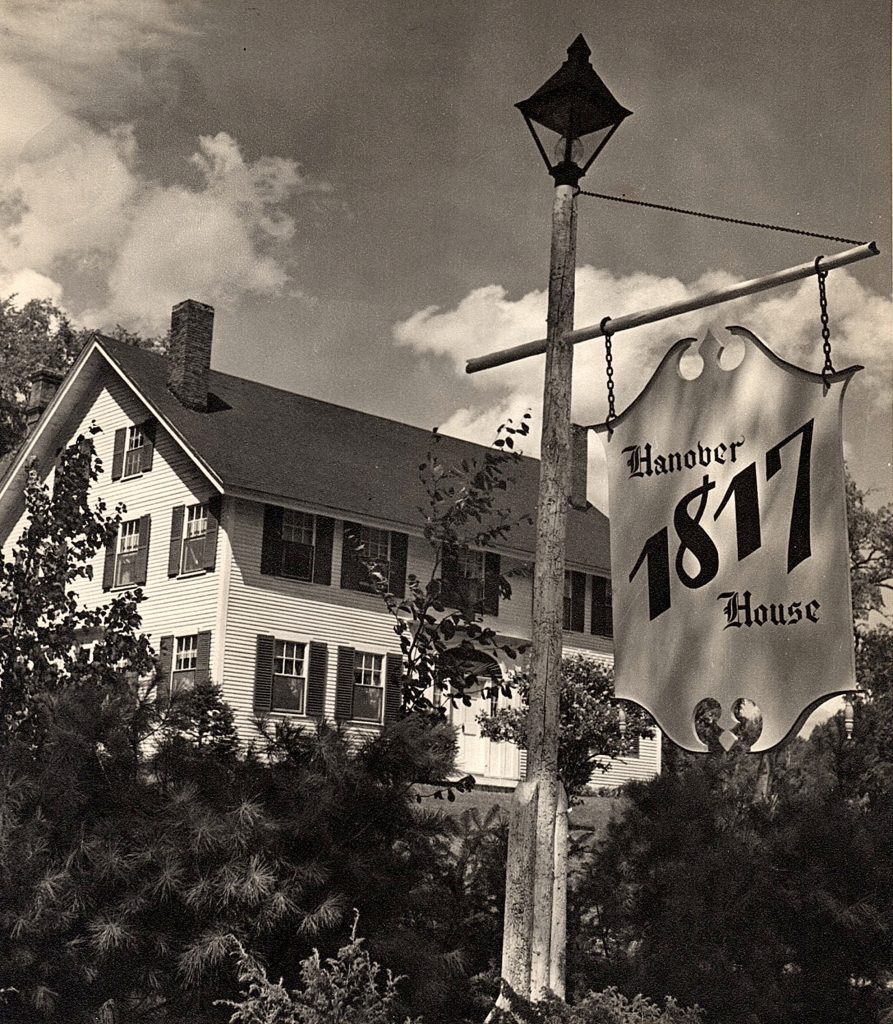 I really hated school. And I really did get sick. Toward the last quarter of the school year, with rheumatic fever, and had to be out for a while. And it was decided that I would stay back a year and start again when my sister was ready to enter school. That made things better for me when she was at school with me. But after two years, our family decided to move. Their business in this remote area, as might be expected, did not turn out to be profitable. We moved to New Hampshire – West Thornton, up near Mount Washington, an even colder place than we lived in Maine, with many of the winter nights being 40 below zero. 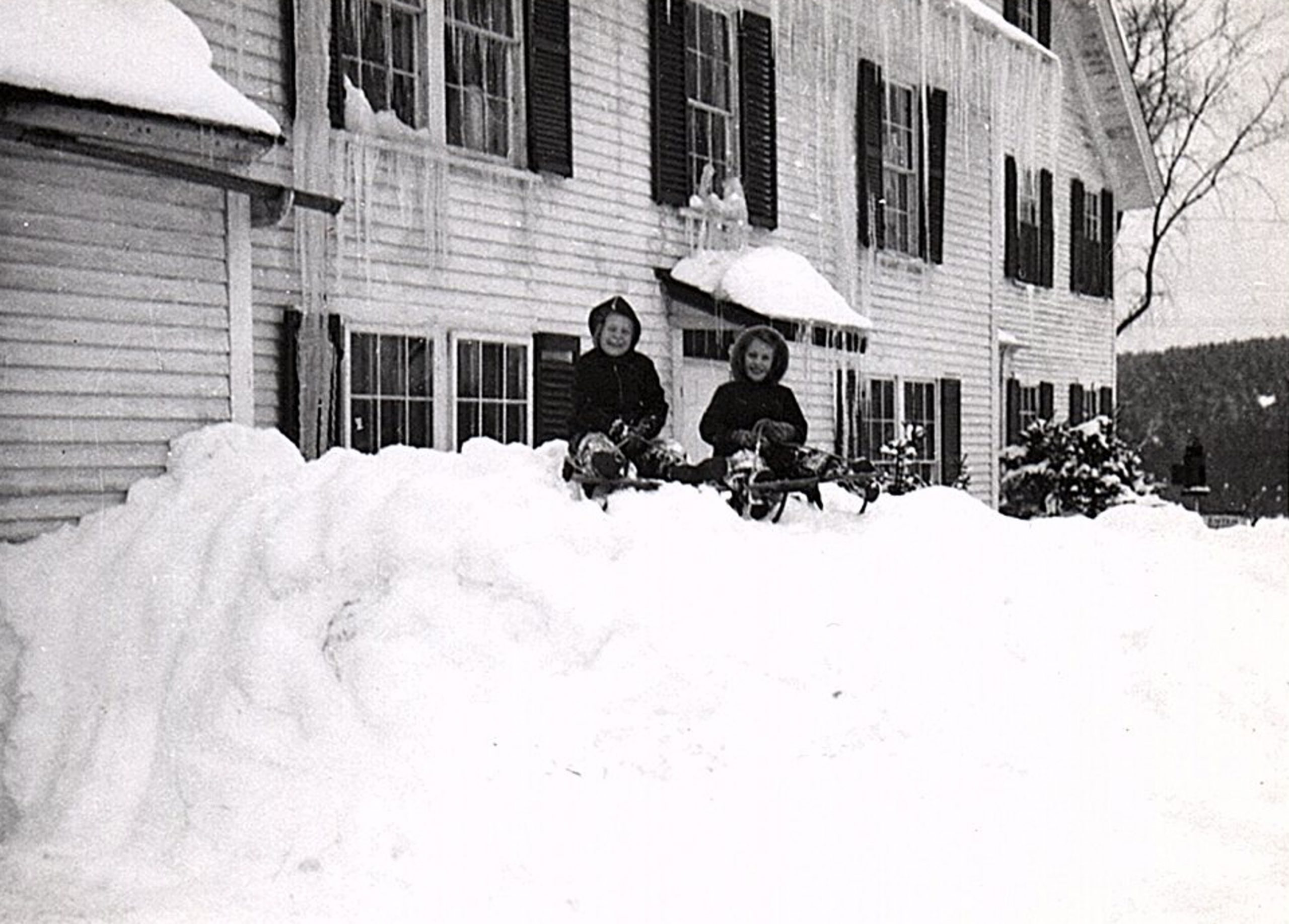 My sister and I on the snowbank with our sleds 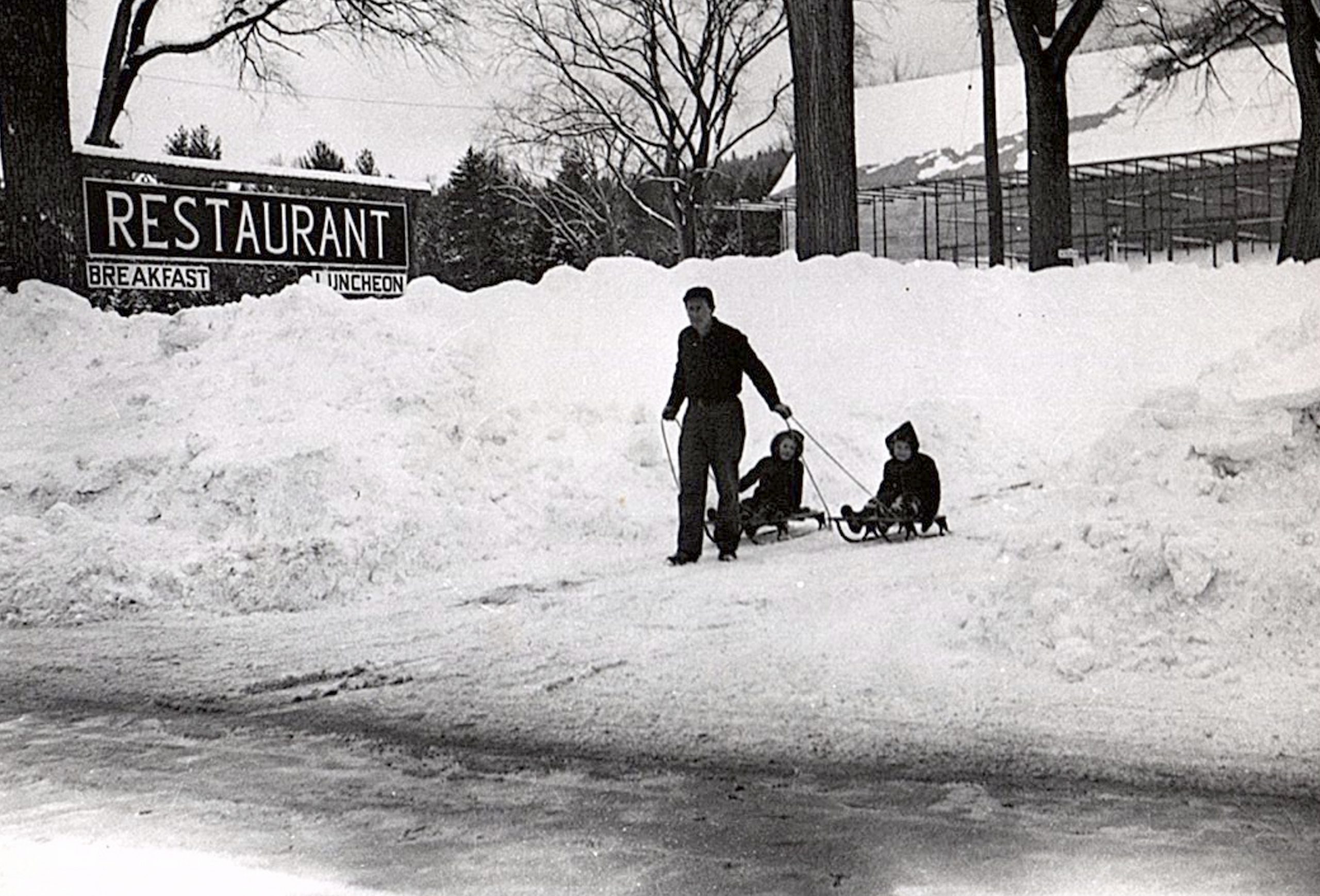 My dad pulling us around down to the main road 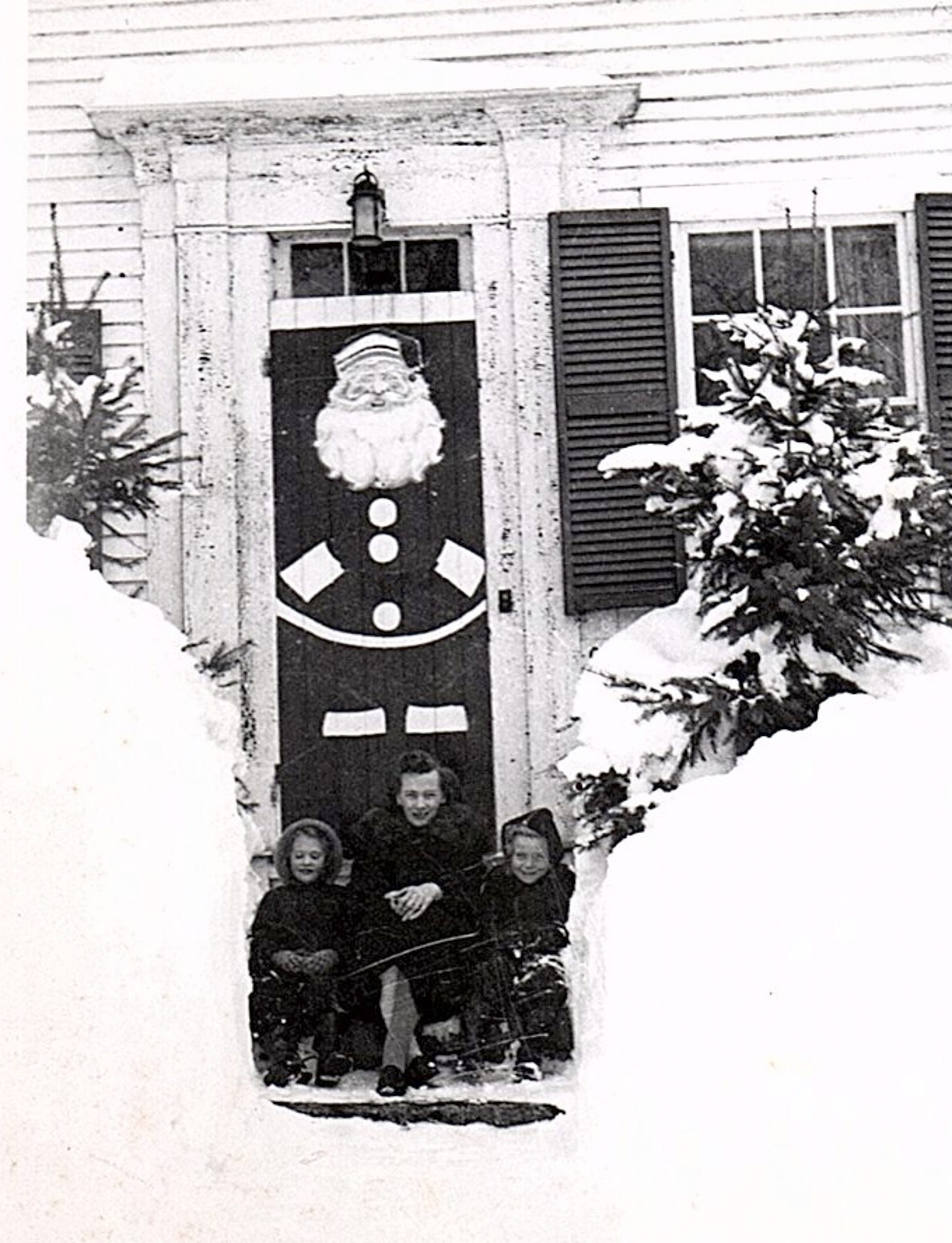 My mom, sister and I at the Christmastime door. Lots of snow that year.

There was a nice school. It was a regional school because all the towns were so small that they needed to band together to have a more modern school for children to attend. And it didn’t bother me too much, but I had a very hard time making friends. A year or so after this we moved to New Jersey, where my mom and dad bought a business. They had a deli. And that was a real culture shock for me. Instead of the open fields and the woodlands, there were stores of all kinds, traffic, pavement, noise, people everywhere. And the schools were really not as nice as what I was used to.

When we moved to New Jersey, my aunt and uncle moved to another place in Maine, and I also felt badly about being separated from them.

Then I really hated school. The school buses, to me, looked like big yellow monsters that gobbled children up and took them away, and I always tried to miss the bus if I possibly could. During this time we moved several times as my parents also fixed houses and they sold them and we’d move not far and we’d buy another place and have to start in another school and I just did not adjust. I actually felt very depressed, as I look back.

But I knew my family loved me, and I had my brother and sister and got along all right. I don’t think either of them hated school as much as I did. 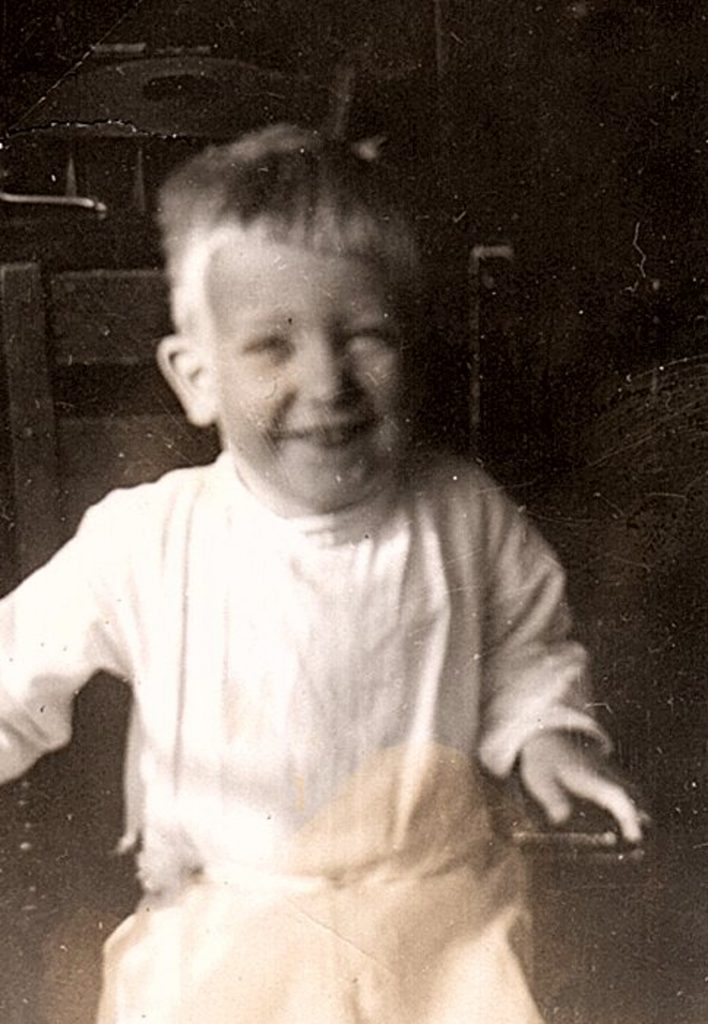 Our baby brother. He was born six years after me.

My brother was quite a bit younger than my sister and I. I remember thinking he looked like an angel when he came home from the hospital with his white hair and his little pink face. I always adored him. He didn’t seem to have as much trouble as I did. I guess he was younger and more adaptable to everything. Also he took it more in stride than I did. Maybe I was just spoiled because I was the oldest one. I was extremely thin when I was little. I looked like all bone. And I loved to run when I was outside, almost constantly. My sister was much heavier and quieter, and less athletic than I was, and I can remember being at school and when there were certain physical things to do like running or working in the gym, that it was easy for me and difficult for her. I was the sister that could do the athletics. I could jump high and run fast, and she couldn’t. She was more patient, and sometimes I wondered how she put up with me.

I really don’t know how to wrap this up. When I got to be twelve, I had my tonsils out and I also had a sickness and I needed extra care at the time. My parents were working every day so I went and lived with my aunt and uncle as I recuperated. They lived in Massachusetts in Mattapoisett. I felt guilty leaving my family to go live with them, but I loved it. And Mattapoisett was right on the ocean, near Cape Cod, and it had lots of open spaces. And the school was friendlier. And I adjusted much better to my studies.

It was about a year later and I had not gone back to New Jersey that my mom and dad, with my brother and sister, decided to move to Mattapoisett as well, and my aunt and uncle, mom and dad, bought a house together, and we all got back to living there the way we did in Maine. My uncle, however, had become a teacher, and he taught school. My mom and dad had the store and they continued to work on houses. It was there that I finished high school and became a good student and actually liked my studies. I was able to get my first horse, Justa Dream, which you can read about in my blog. And my sister had a horse as well.

I had been able to do my artwork and concentrated on that in school and in my free time when I wasn’t riding my horse or taking care of him. And I got into art school. And you know a lot of the rest after that, which you can also read about in my blog.