A gift from Dick 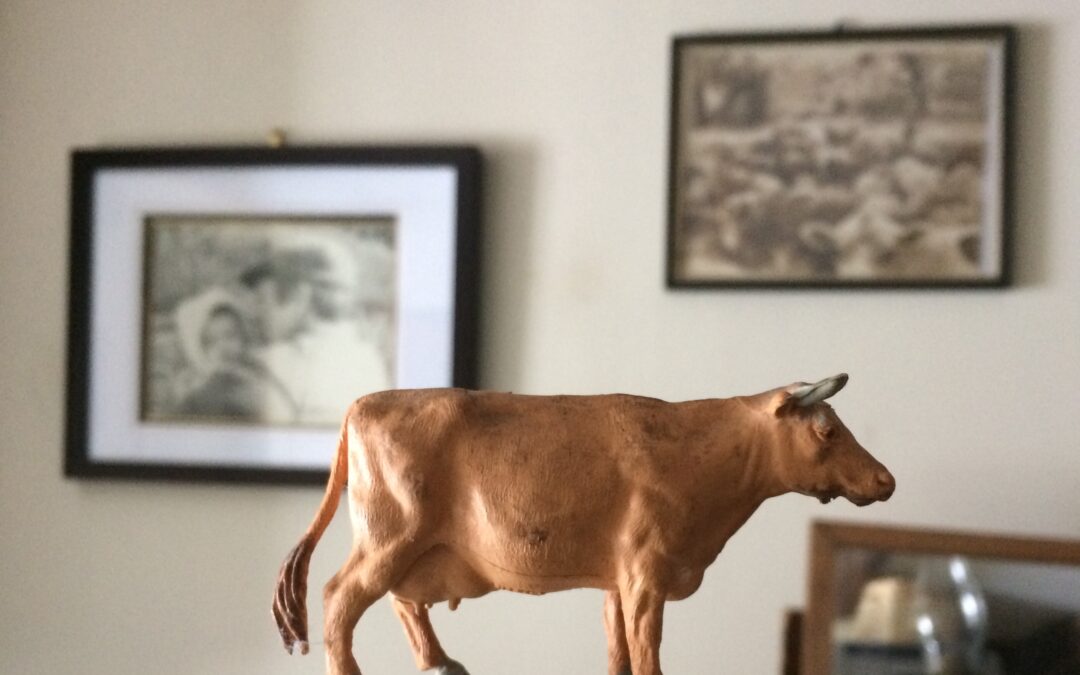 The dashboard of my car had a tiny plastic cow sitting on it, a jersey cow. I knew right away Dick had set it there….. He had left some other days and I still keep one up in the bedroom. 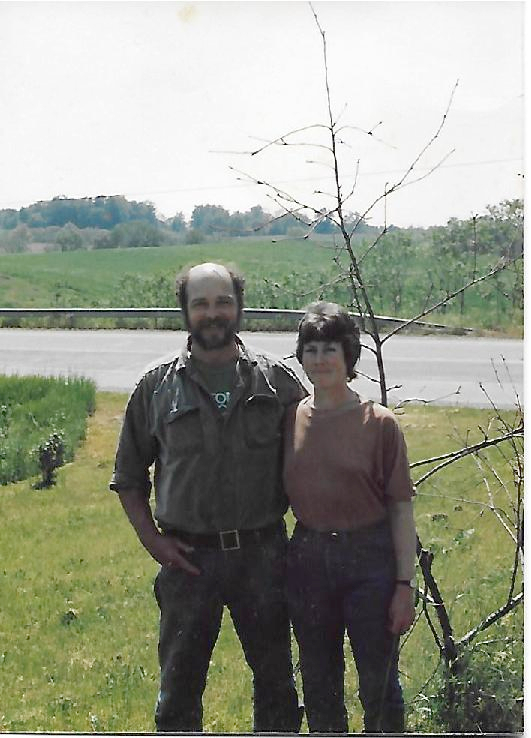 Dick and I starting the farm 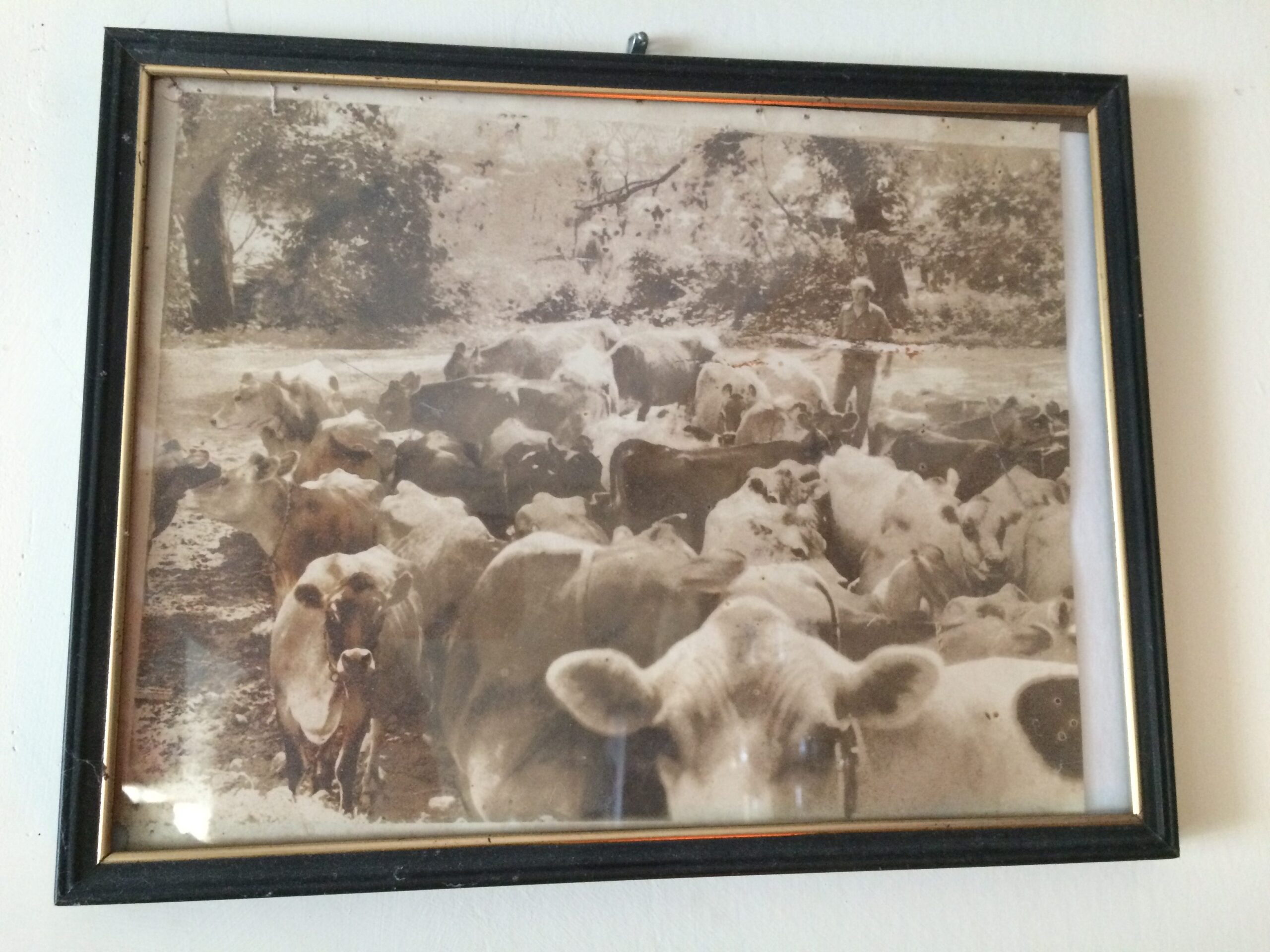 Dick in Tyringham with a large herd of Jersey 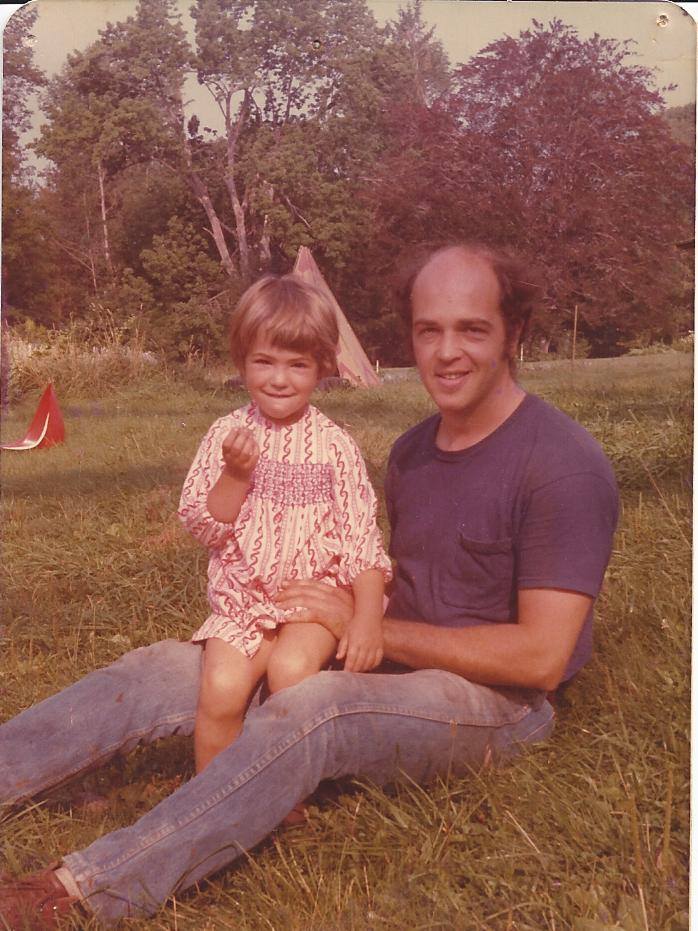 Jaka is always part of everything

I met Dick in Ashfield, Mass after his new herd of jersey cows broke out of their pasture and came to visit my horses. My friend Johanna and I herded them back to the rented farm and although Dick was not home ( probably off partying!) I was to meet him soon. I have to confess my heart was taken by Dick, his wide-eyed cows and his adorable daughter Jaka….

I had been milking cows to help a neighbor and had become attracted to the quiet grounded energy that I felt around cows. The Jerseys with their mischievous and gentle nature drew me in…

As time went on we married, moved to another farm where Dick’s herd was part of a much larger Jersey cow farm for a couple years until we found our farm in Hartford NY with the Adirondack Mountains in view. The farm was named Amity (means Friendship ) and the name came from my beautiful Morgan mare, Green Meads Amity, who was gone but never to be forgotten. 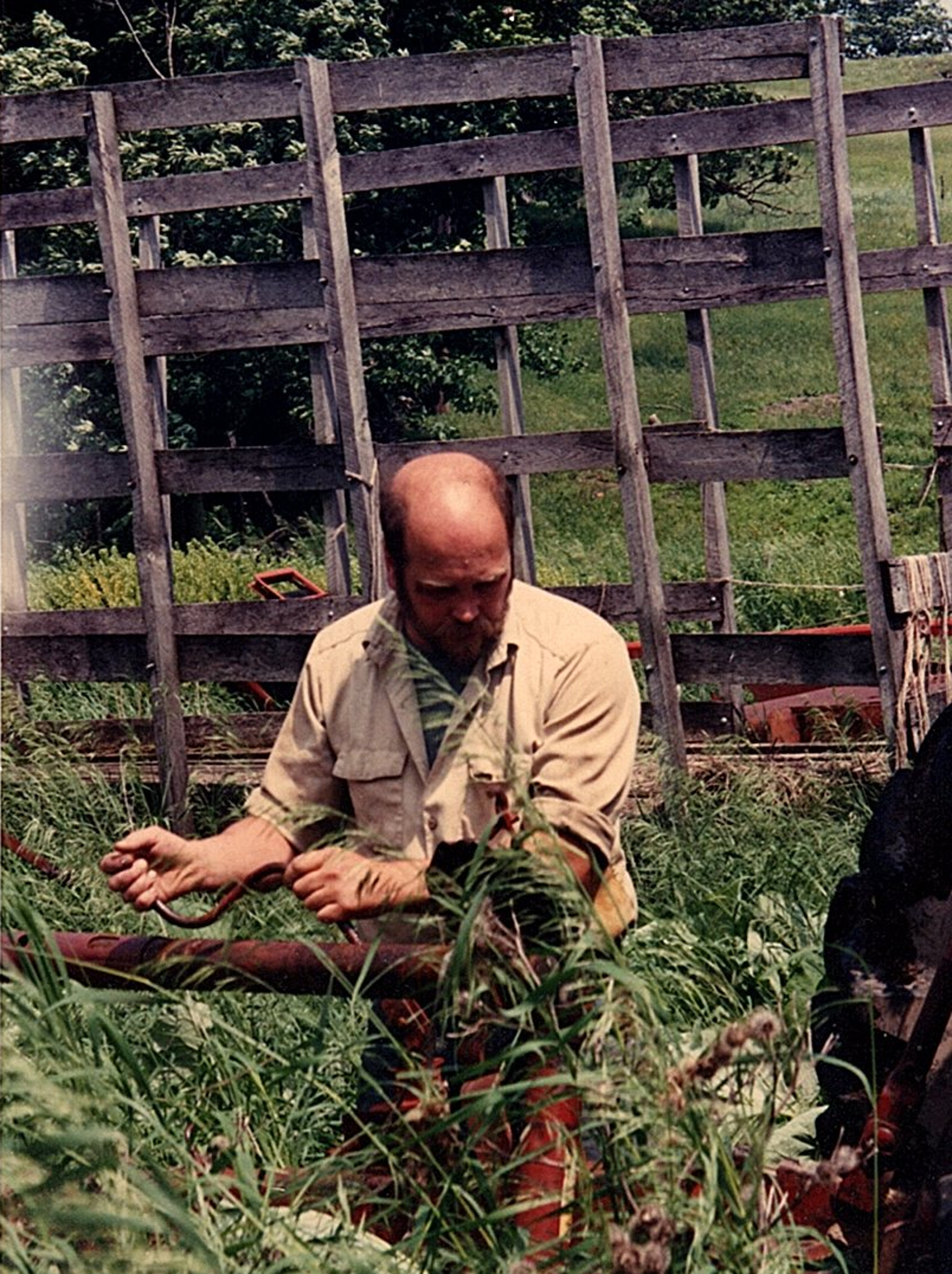 Getting ready for cropping 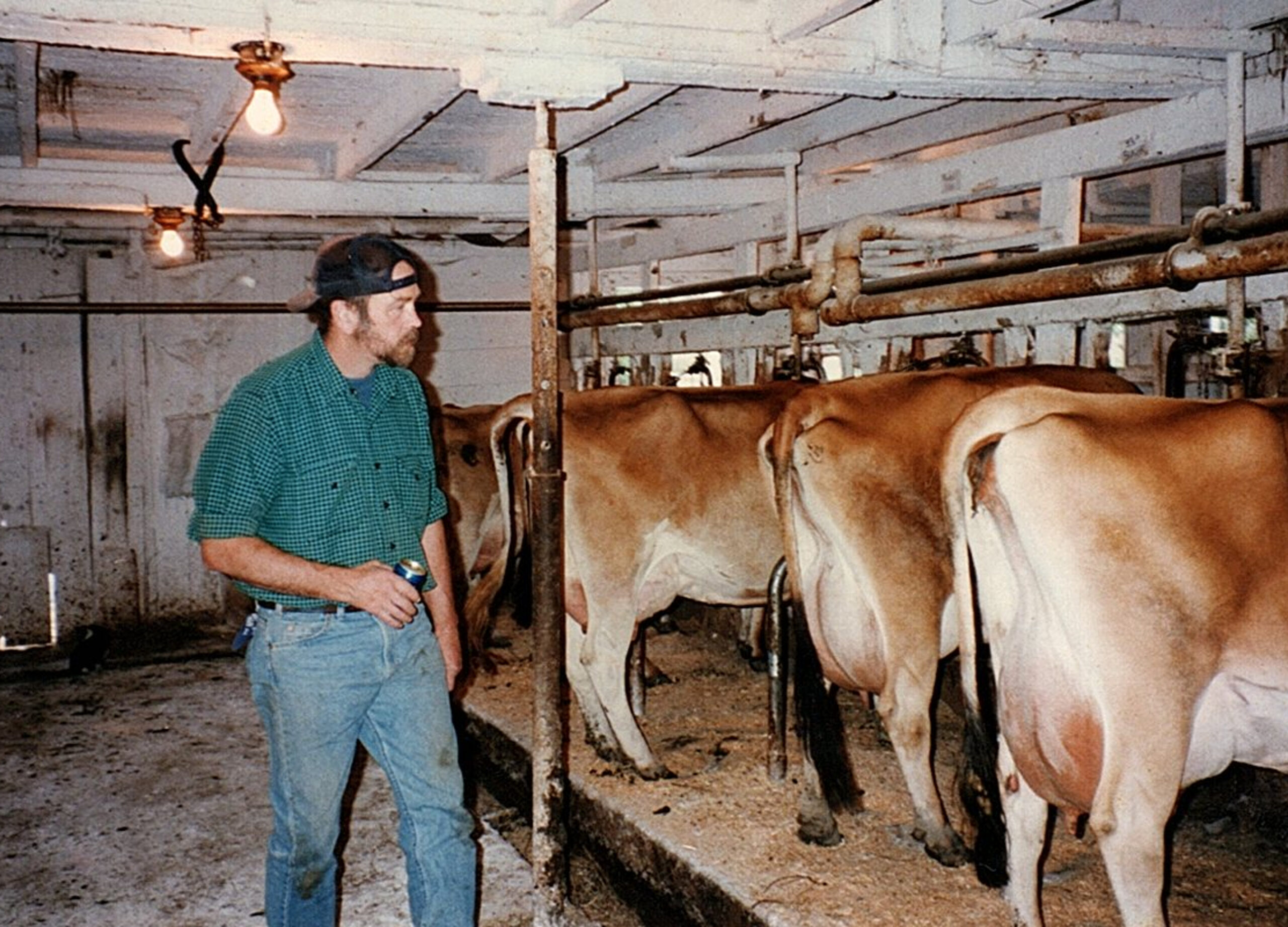 Checking the cows before milking

Our lives were a challenge and we had the most rewarding and heartbreaking experiences. Financially it was always difficult but I would not change my experiences with Dick, Jaka, the cows and the farm for anything. It was an exciting point when we converted our herd to rotational grazing. I spent much time with the herd and pasture set up for daily plots of fresh grass during the warm months. There was less need for machines to harvest feed, so we saved on fuel, machinery repair and needed less equipment. We saved on bedding and there was less manure to spread as the cows were leaving it in the pasture. As the fields were rotated each plot of grass was given a resting time to recover and produce new grass and clover for another day of fresh nutritious feed. This meant the cows were happy to follow me to the fields. Many thought we were crazy at the time, Jerseys and grazing!

As time went on Dick wrote a lot about pasture findings, growth, fertility, plant species and managing a herd with rotational grazing. He became part of the SARI committee reviewing grants for Sustainable Agriculture. Later he became part of a mission to Moldova to help farmers there learn many of the grazing benefits. Moldova looked a lot like this country in the 1940s. He was a valued source of grazing information while we were on the farm and after we left it due to his knees giving out. 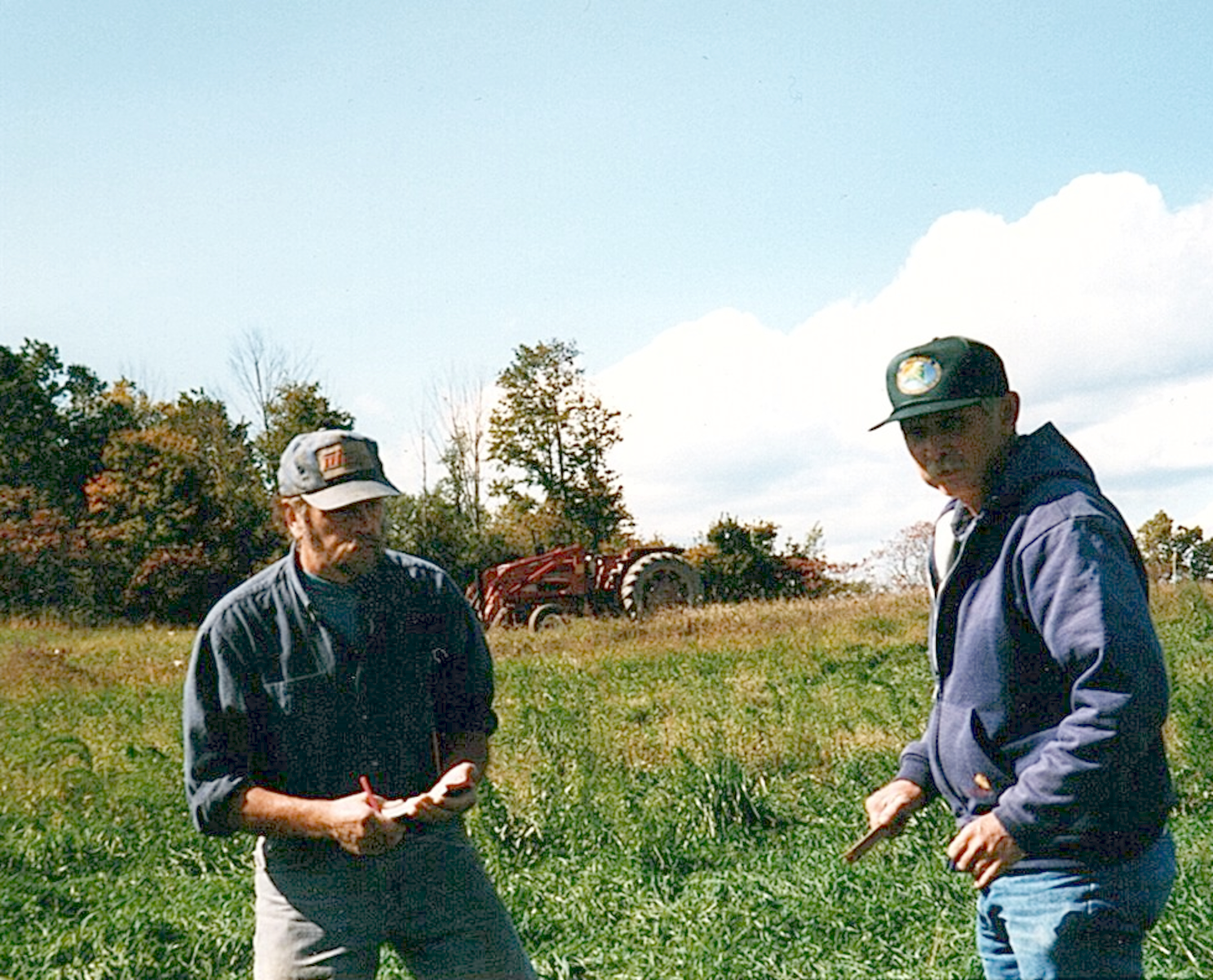 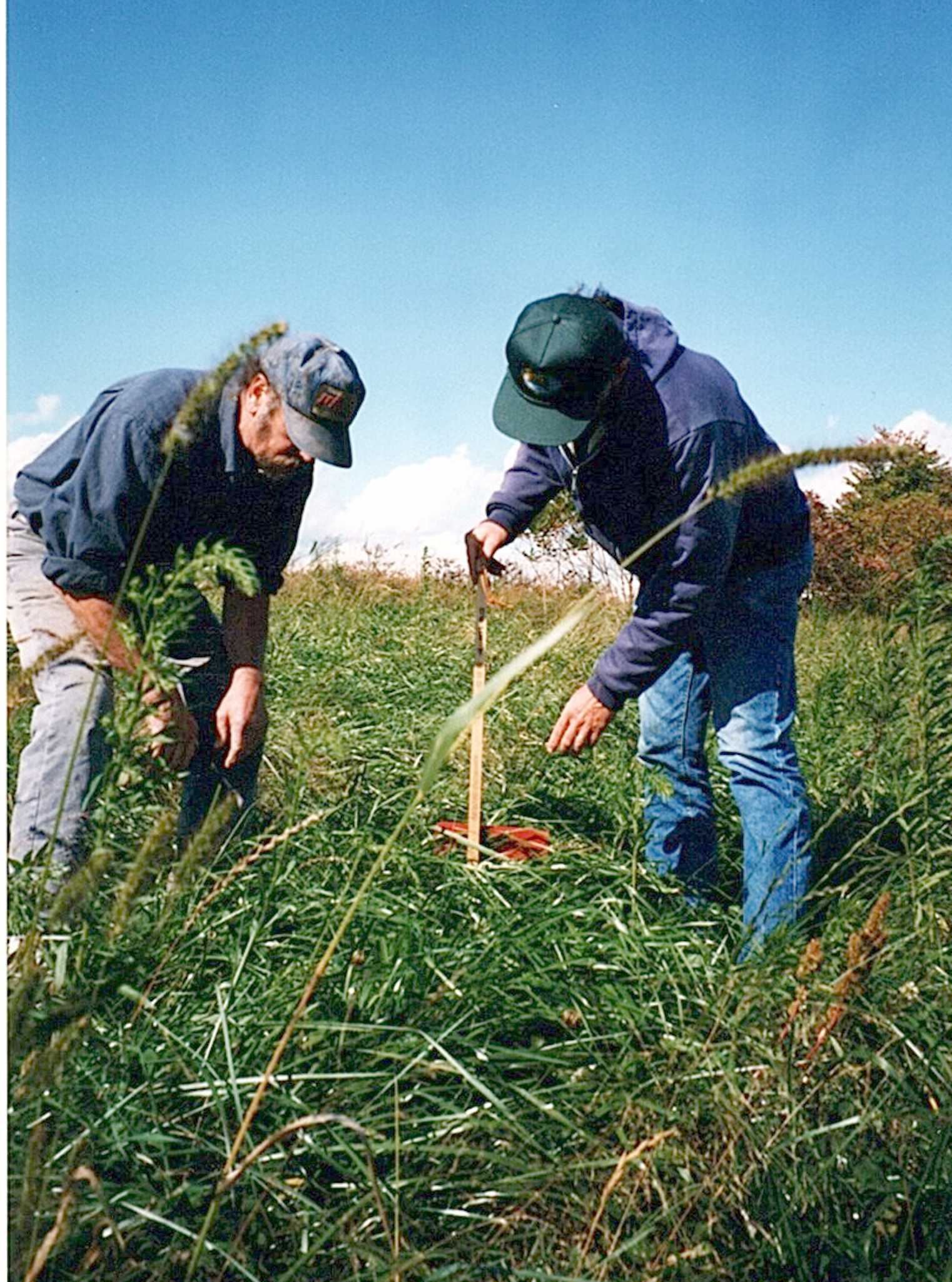