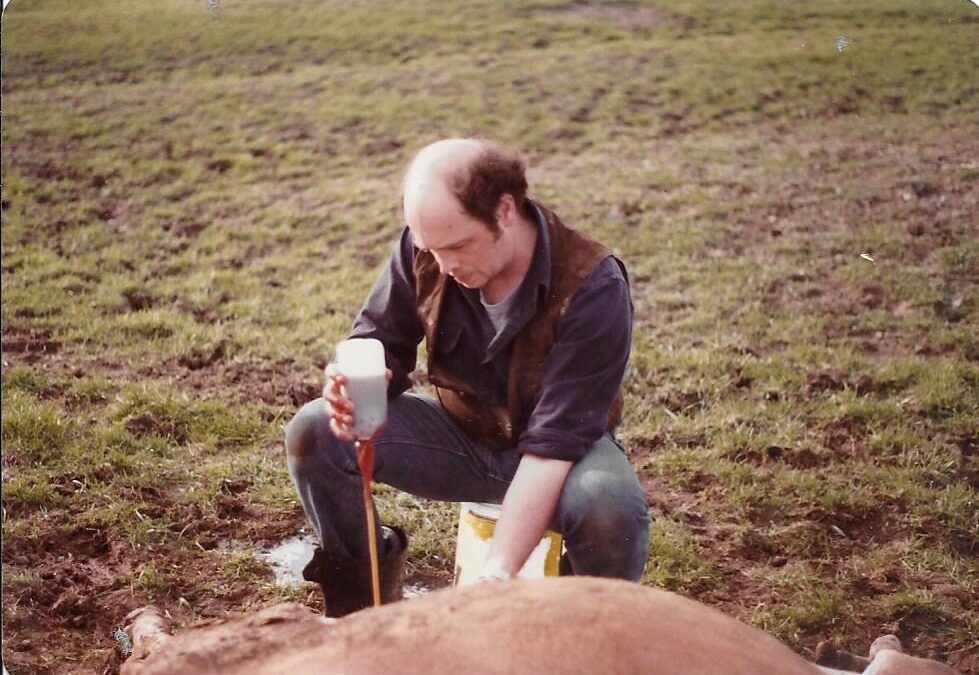 Natasha lay very still, barely breathing. She looked dead. When an older cow calves, she can easily develop something called “milk fever” which is not a fever at all, more like a diabetic coma. The shock of coming into milk causes calcium levels in the cow to drop drastically, and she will become cold, muscles will not work and go into a coma. The remedy is intravenous calcium to avoid death. 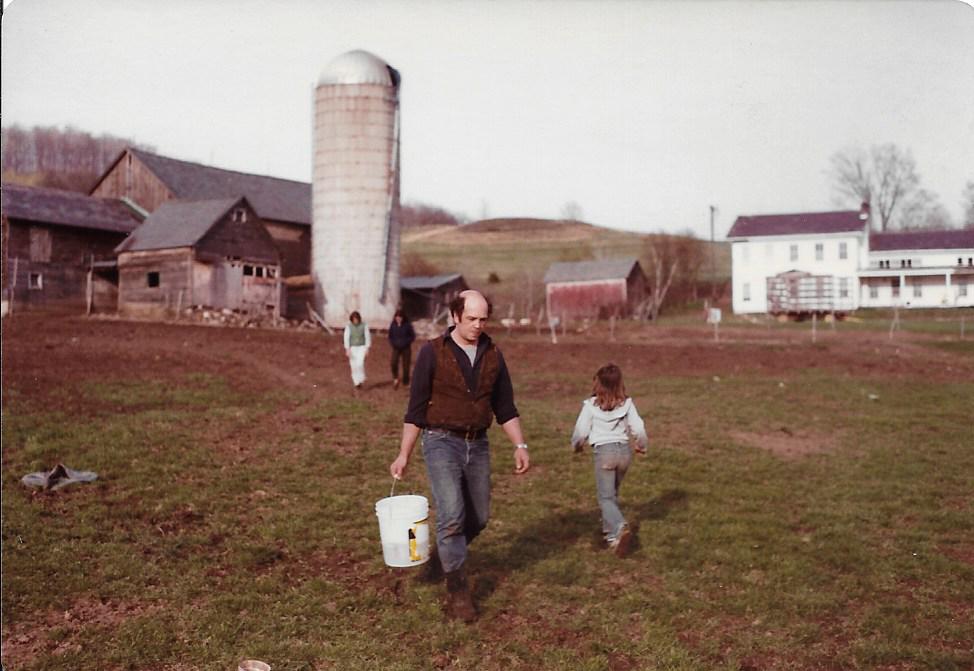 I called Dick and he warmed a bottle of calcium in a pail with warm water and a little iodine, grabbed his intravenous supplies and headed out into the field. As I followed him, I thought back to when I had visited his herd of cows way back when. At that time, he had a cow who needed calcium and he handed me a lollipop and a pail to carry and said he could use a hand. The calcium was slowly administered, after the needle rested in the vein. It has to be given very slowly and when the bottle was empty, the cow got to her feet and tended to her calf. It seemed like a miracle.

I was so impressed! This guy is for me, I thought!

Natasha did the same thing now. She got up after the calcium was administered and went to her baby, licking her, and they happily had their time together with the baby nursing for milk. There would be lots more challenges over the years. Dick got back to work taking out a big load of poop, which I came to appreciate as food for the earth. 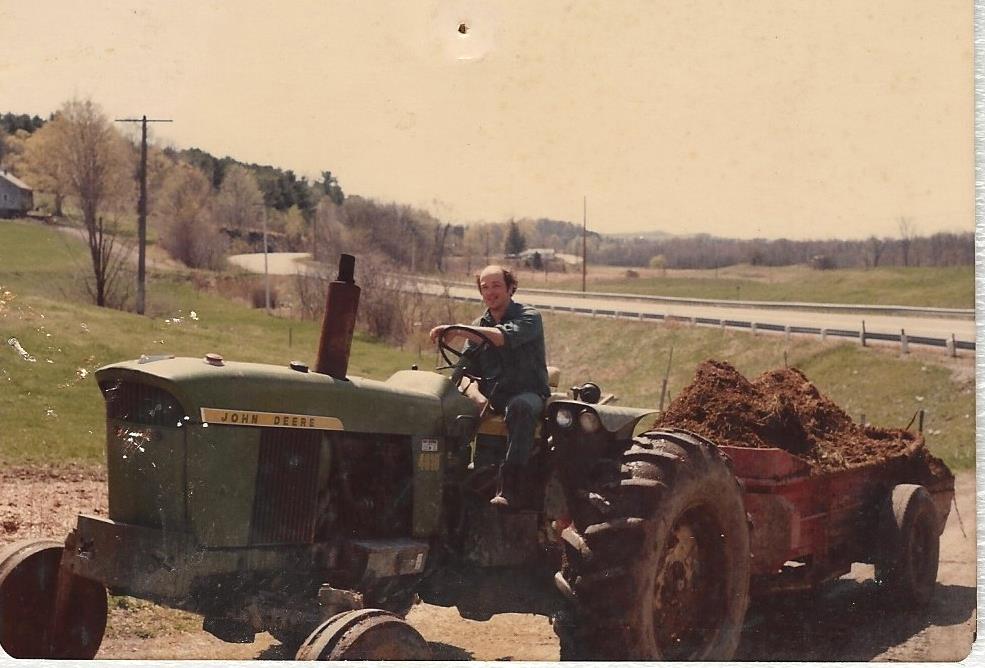 Dick with the manure spreader

The sun shone on our farm with the bright spirit those early spring days. Jaka, though tiny, was always eager to help, and we rejoiced in the birth of the new baby that day. 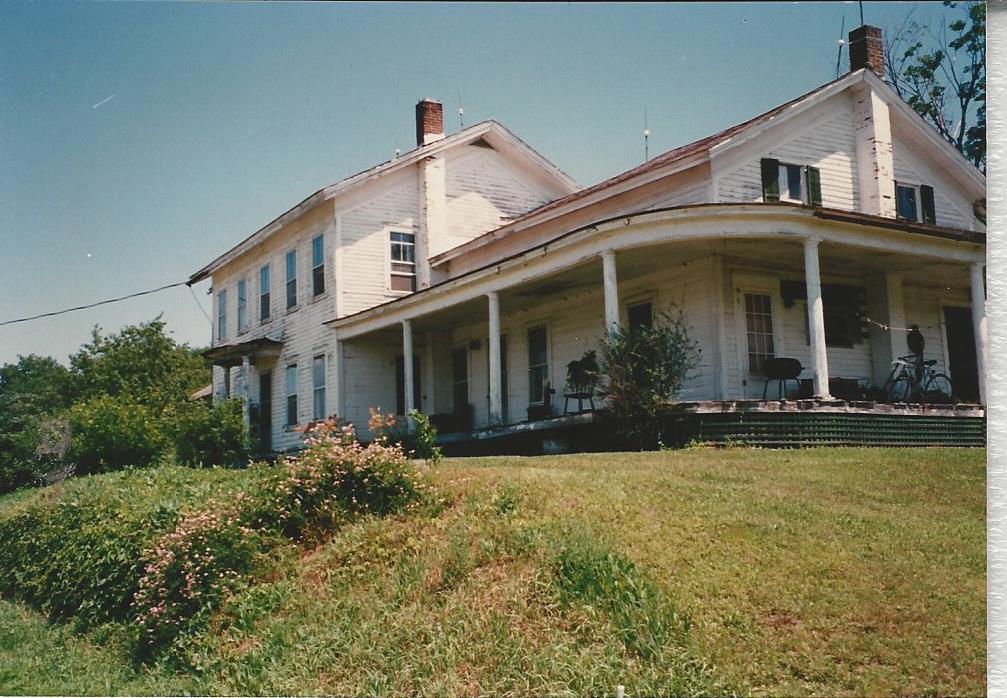 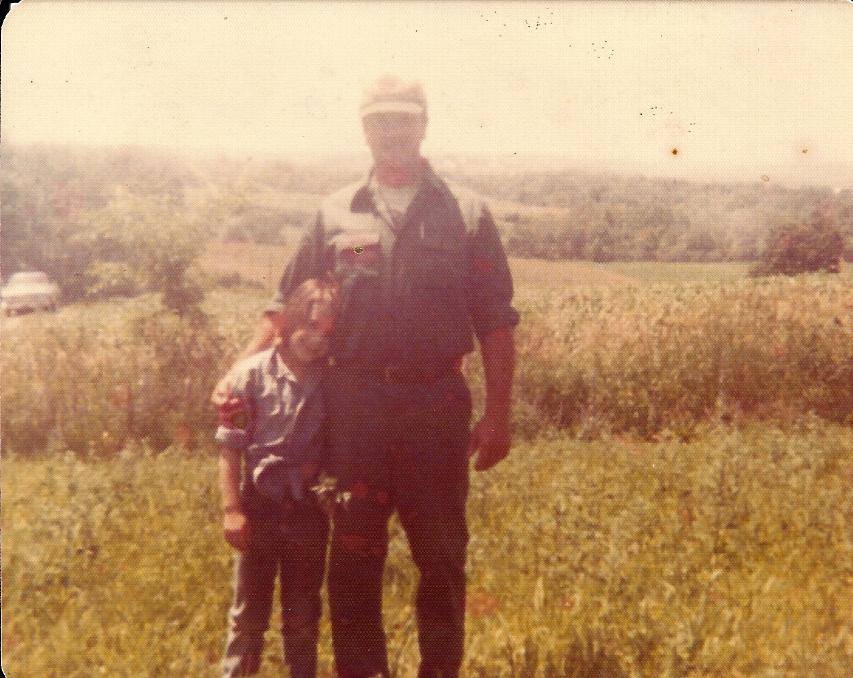 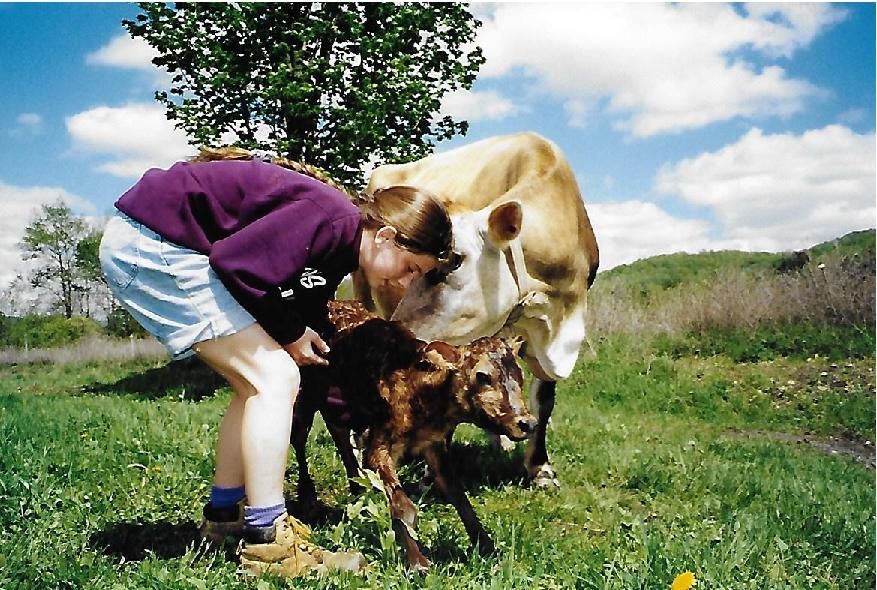 A new calf shimmers into life