Do Not Go Away in the Winter 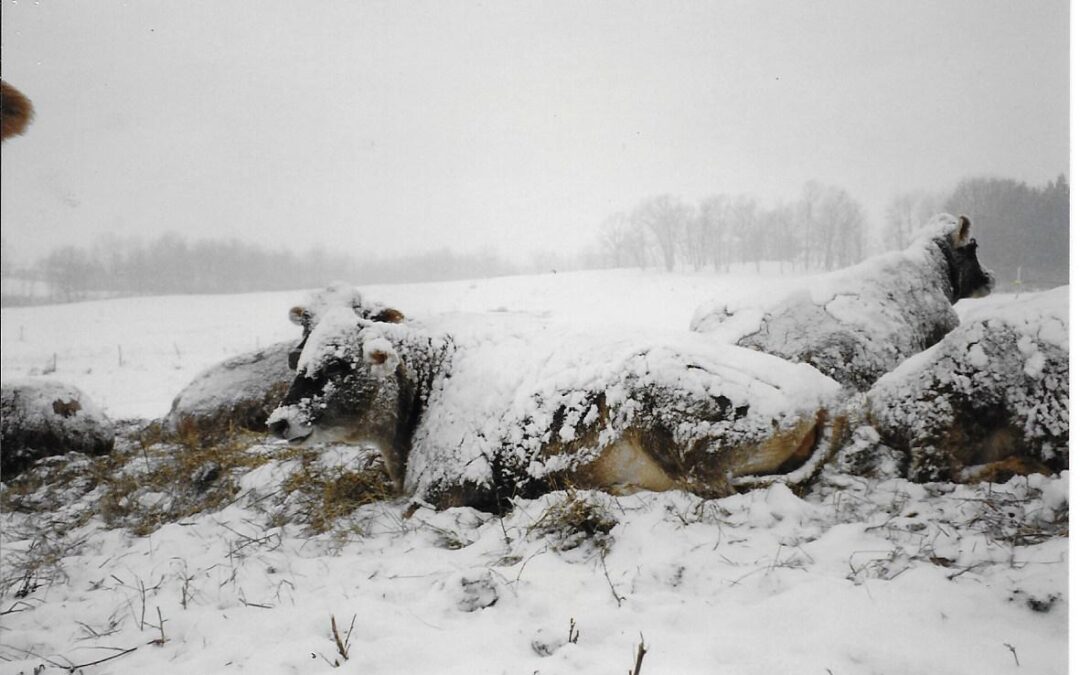 The chair lift stopped mid way up the mountain. Dick and I were at Stratton Mountain, Vermont. It was 21 below zero, but we had so looked forward to skiing on our anniversary we were out there anyway. The wind picked up rocking the chairs back and forth. We sat high in the frigid air with a snow jet blowing snow on us…”We paid for this!” I said to Dick. We both patiently waited the twenty minute time to get it moving again. We had developed lots of persistence on our farm.

We were approaching the second winter on our Amity Farm (1980) and had not had a day off yet. Rob and Amy Ivy with my Mom and Dad and a part time young helper were back at the farm taking care of things so we could get away. It seemed like a great anniversary gift. Back on the slopes we would make a run down the hill and get inside to warm up, then another. This was repeated quite a few times  but nothing like the many trips we were used to. The lines were short. We had a nice dinner and stayed overnight. In the morning it was 25 below and we headed home to the poor freezing caretakers.

Everything at home was frozen. The house, The barn, the manure spreader had broken in the cold as the spreader chain caught in the freezing wind and was still filled with frozen manure. The barn was the old tie stall style and had a gutter chain running behind the cows to carry away the manure, it was frozen too. So was the water, the milk pump, everything in disarray. I remember Dick and Robbie pounding on the frozen manure in the gutters to free it so it could run. Then the frozen manure spreader had to be pounded and pitched.  The mail man stopped in and said what are you doin’ Dick? Poundin’ shit! That is what he said, I don’t swear, my Dad taught me not to. Amy and I spent the day thawing water and making sure all animals got it after Gibson Hardware in downtown Hartford New York replaced some broken pipes. Our young helper went on with feeding our cows and my Mom and Dad worked on Insulating the many drafty spots in the house and restored the water. All hands so valuable. The cows finally got their feed and were bedded to be clean and comfortable 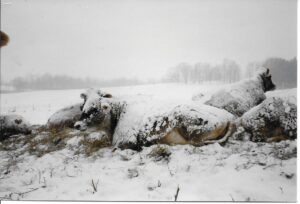 There were heifers (young cows) in an outdoor covered feeding bunk that needed food and it took a long time to start the tractor to load the heavy feed. The heifers  did remarkably well on their outdoor hay pack. I remember being outside taking care of young stock with three coats and a face mask. It dipped to 35 below zero and I have never been that cold in my life. The youngest calves were overly cold and we brought them to our cellar. These were the small young calves under a month. They don’t poop much and were bedded with nice pine shavings. We put hot water jugs next to them to heat them up replacing them every four hours as the water cooled. 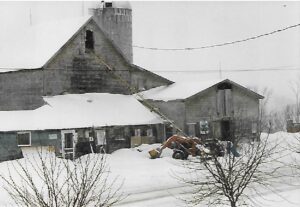 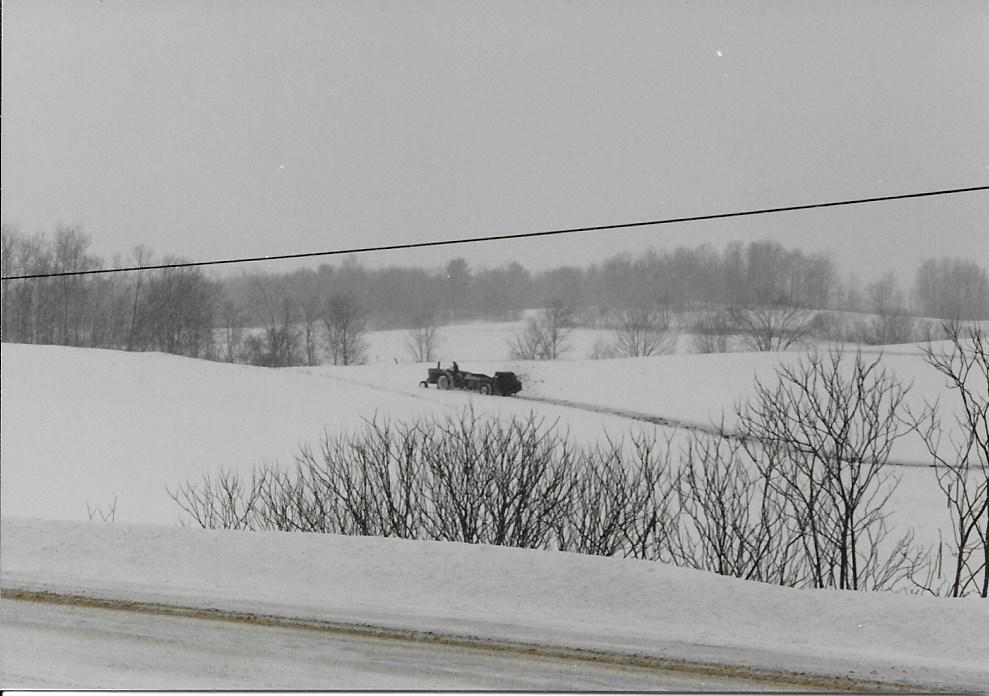 All pulled through and the sun shone warmth in January with February turning warmer than normal.

We learned a lot that winter but the most important lesson, DO NOT GO AWAY IN THE WINTER!