Cross your fingers for my good Vanilla 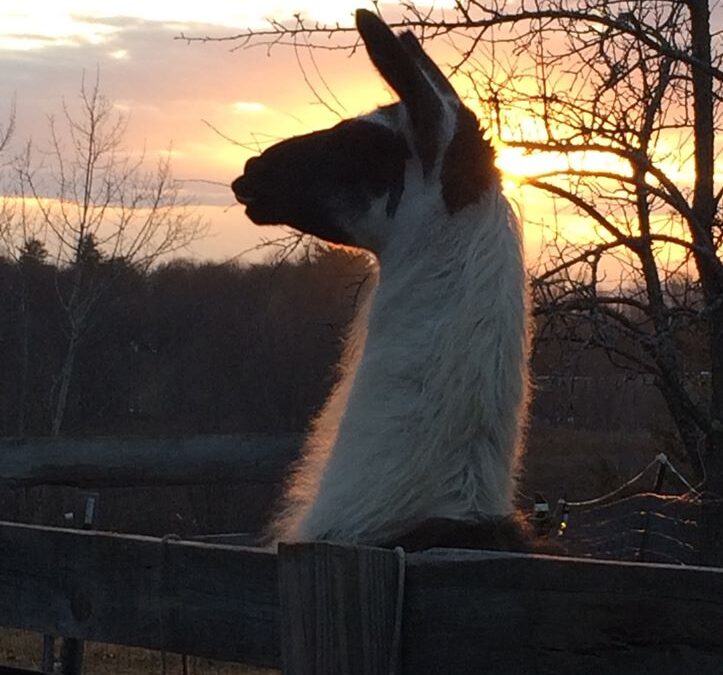 Vanilla at sunset a few years back….

How strong he was….

He remained strong until after my cow, Steppin Up, his good friend passed. Strong and showing off when Star, My pretty pony mare arrived and very cantankerous, but then last winter he was sick and cold and I added a blanket to help him stay warm, with help, as he did not like the attention.

This summer his coat grew quite a bit but he is older, his coat grows more slowly and with the early November cold I gave him a coat again. 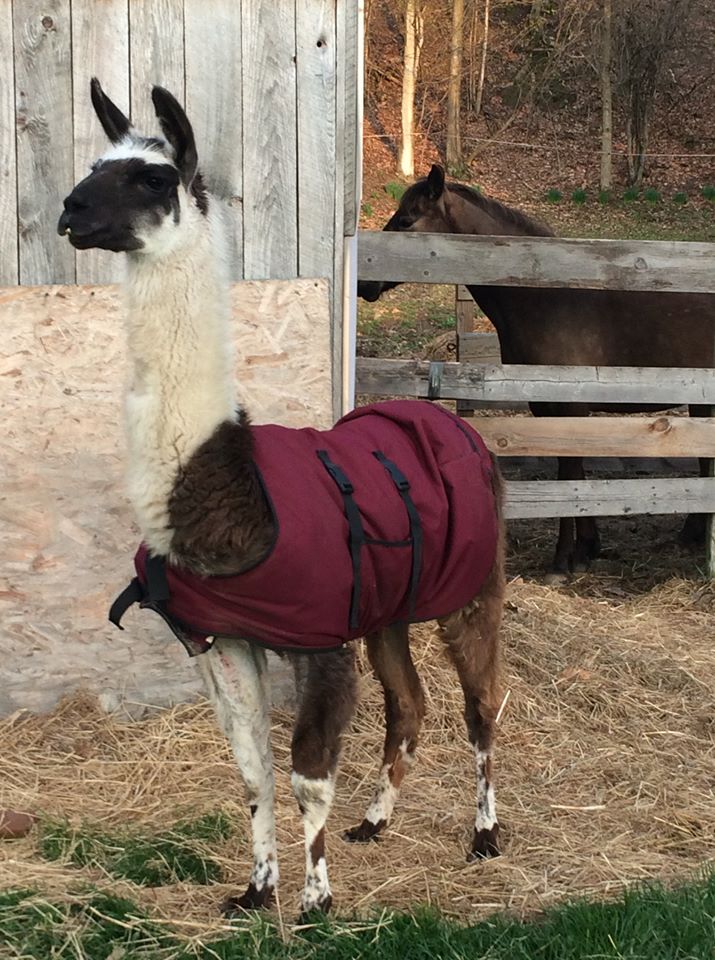 I came out Sunday morning and poor Vanilla had gotten cast (Cast is when an animal gets stuck down in a position with legs slightly above the head and can not get up } outside his stall where it was cold wet and windy. Poor guy could not get up.

With a halter I could get him back on his sternum and he burped a lot and started to chew his cud all the while shivering like crazy. His neck wrap and blanket were wet and I took it off and added a house blanket.

Monika showed up with a fleece saddle pad that really helps keep his neck warm. He got a steroid shot and then neighbors came over to help get him on his feet. He was very wobbly and we got him in his stall out of the wind. A bit later I went out and put his blue coat on with a warm new liner in it. He had his water, hay and grain and I shut the door so he could not stagger outside and fall when I was off at the Valley Artisan Market in Cambridge, NY for my afternoon shift surrounded by beautiful art. When I got home I saw the face of a warm and happy llama. 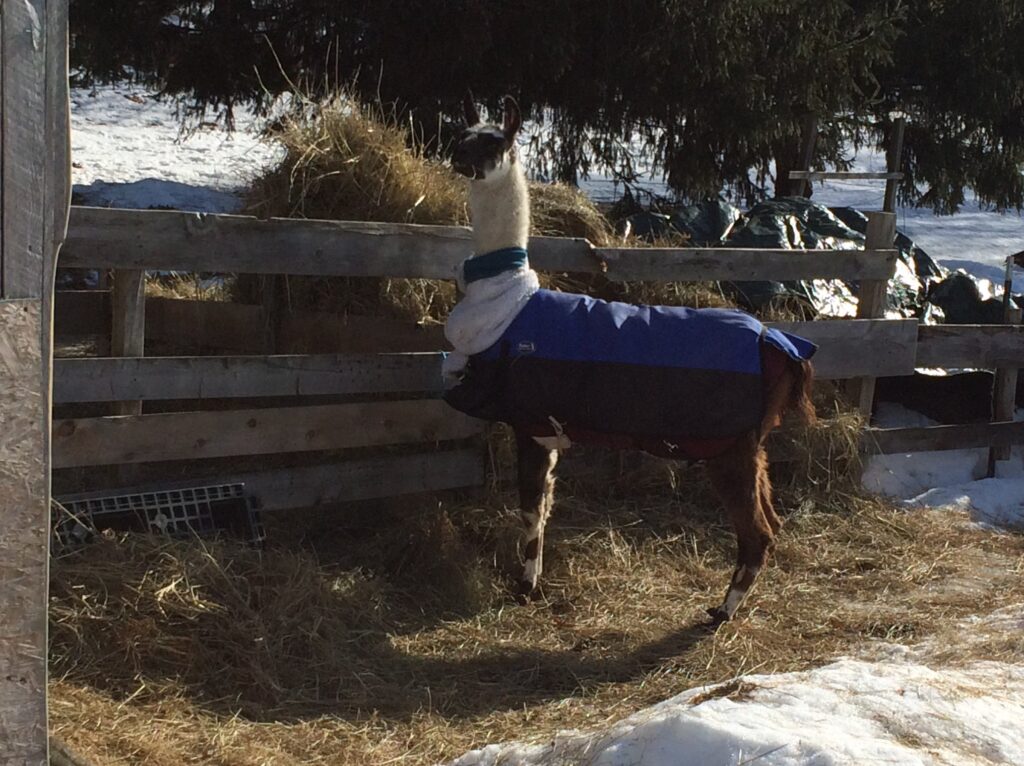 He is up and about but does get cold after being outdoors. He can and does come in often and lies down which helps him warm up. I like to get out mid day with some apple slices for him and peanuts for Star and check that all is well.

Thursday forecasts below zero weather here. More will be done to help Vanilla’s neck stay warm. His shed and Star’s has gotten extra plywood to seal the wind out and thick insulation under the eves of the roof. It is almost cozy in there. Cozy to Star at least.

Cross your fingers for my good llama Vanilla. May the sun shine and spring come early this year… 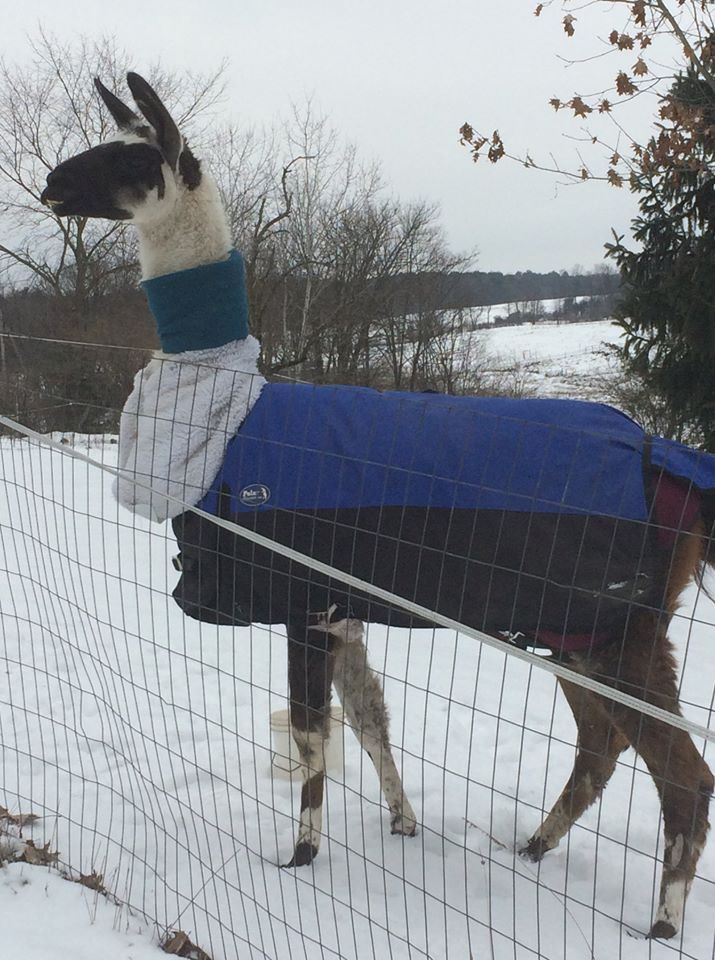